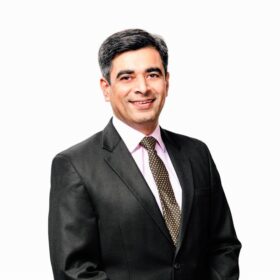 Mr. Khera is Global Head of Hull and Head of Marine, UK & Lloyd’s, at AXA XL and oversees the marine business for the UK & Lloyd’s region and the division’s Global Hull business.

In addition to his professional qualifications and experience, Mr. Khera also holds an M.B.A degree from the University of Chicago, Booth School of Business.